This type of card is widely used in old access control systems around the world. It’s pretty dumb, stores only an N-byte ID and has no authentication mechanism, allowing it to be read, cloned and emulated by anyone. A 125 kHz antenna is located on the bottom of Flipper — it can read EM-4100 and HID Prox cards, save them to memory to emulate later. 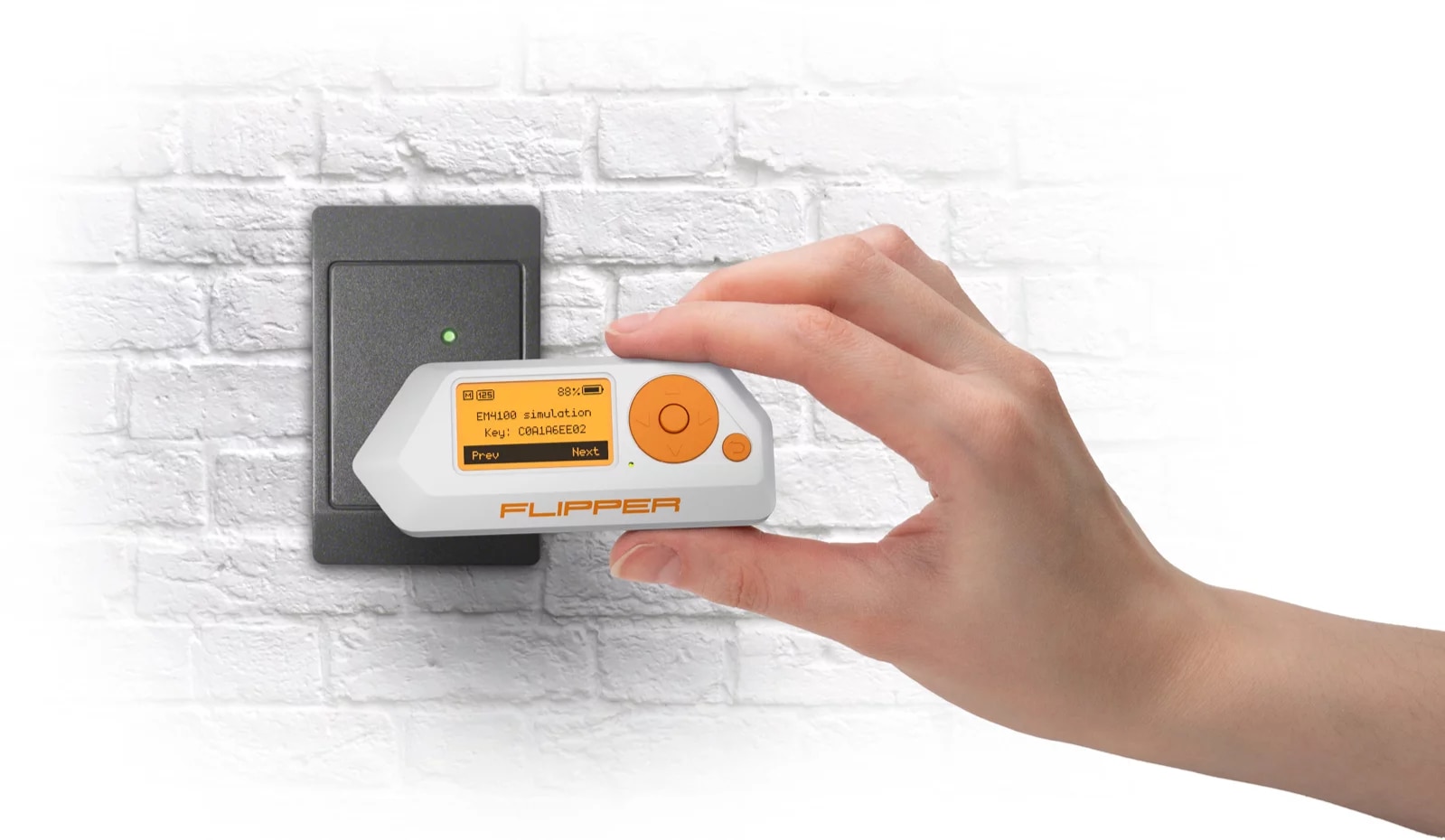 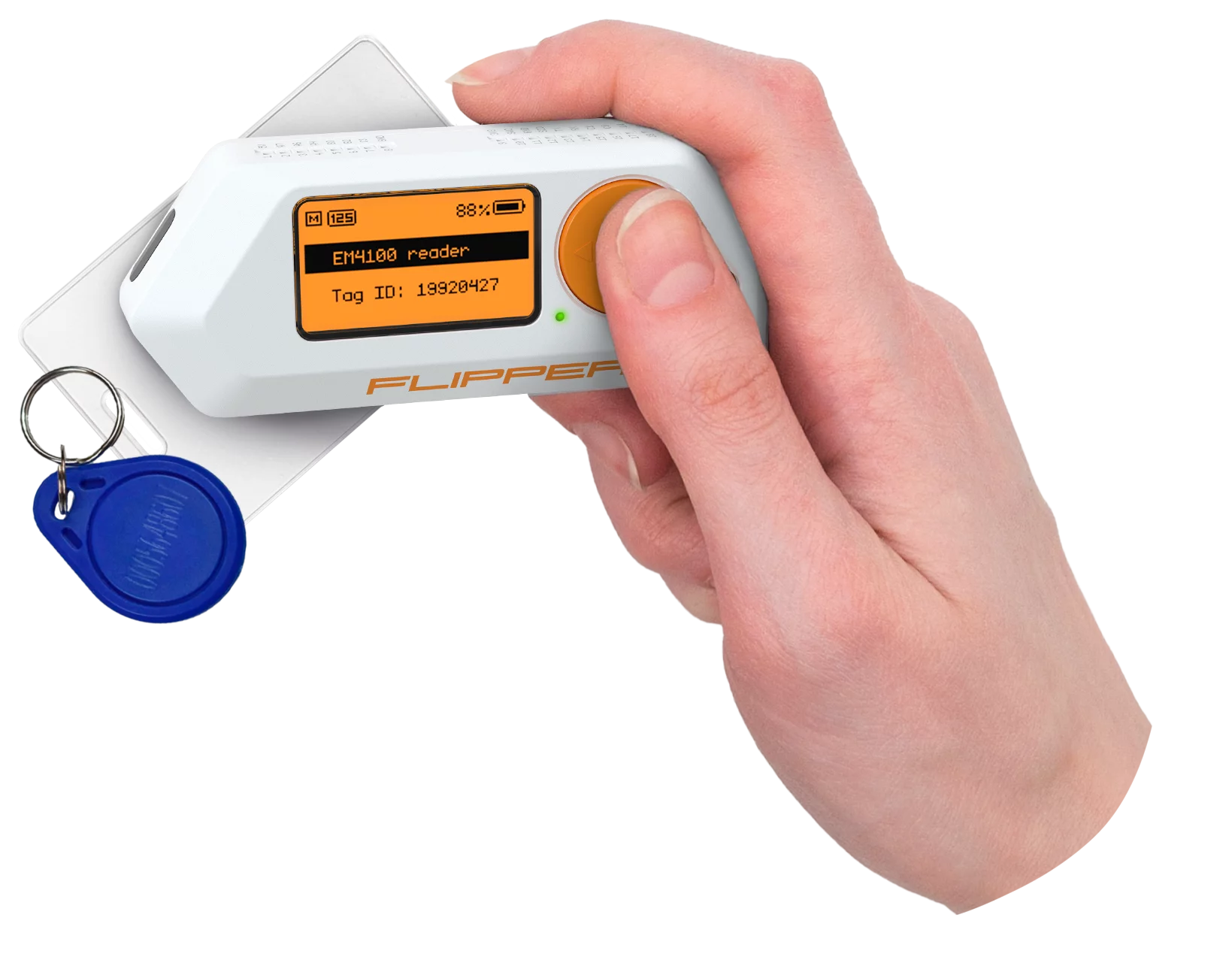 Flipper Zero has a built-in NFC module (13.56 MHz). Along with the 125kHz module, it turns Flipper into an ultimate RFID device operating in both Low Frequency (LF) and High Frequency (HF) ranges. The NFC module supports all the major standards.

It works pretty much the same as the 125 kHz module, allowing you to interact with NFC-enabled devices — read, write and emulate HF tags. 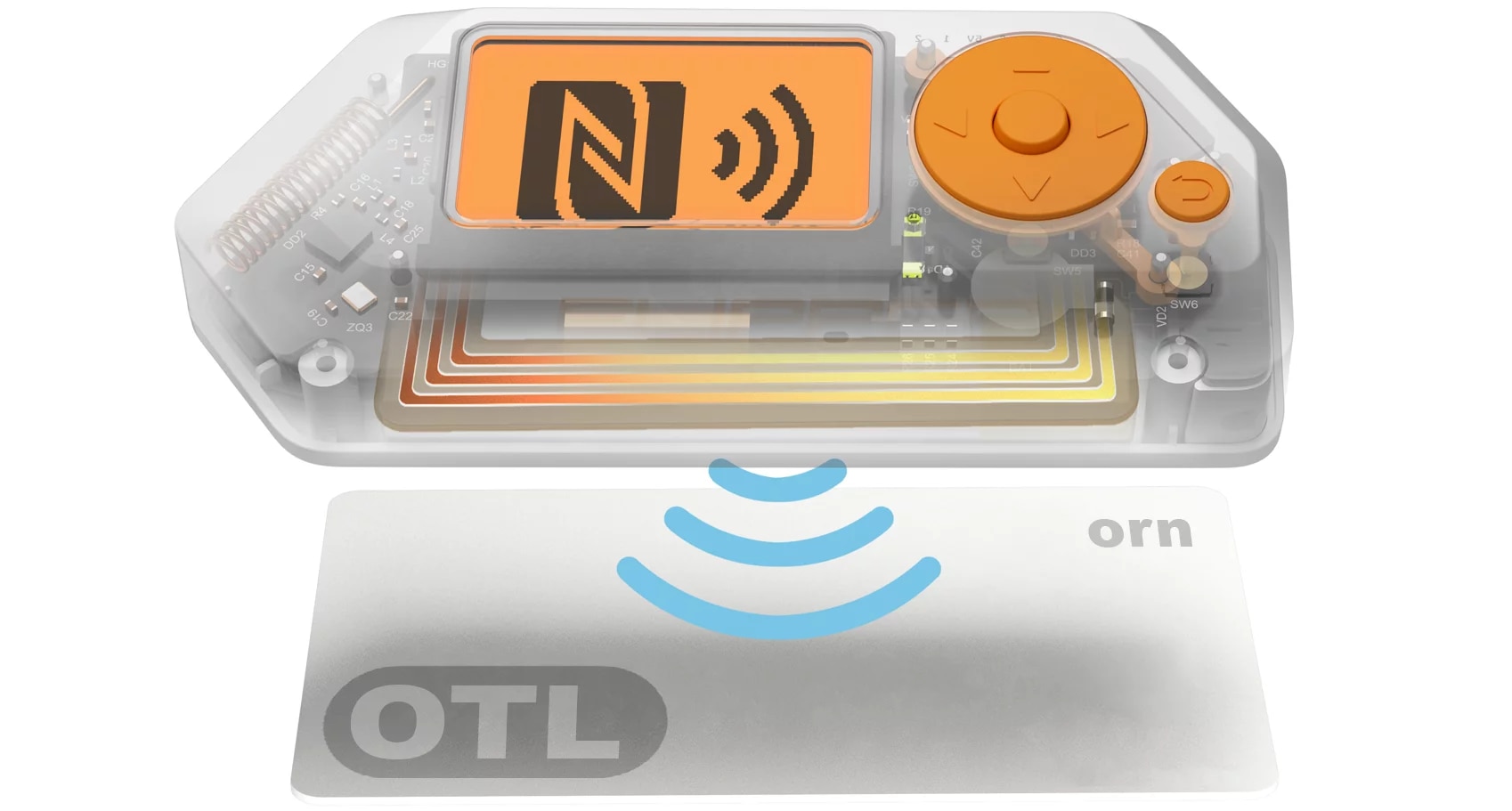 Flipper Zero has a built-in Bluetooth Low Energy module. As with other Flipper wireless features, we will be providing an open source library for adding Flipper support to community-made apps.

Full BLE support allows Flipper Zero to act as both a host and a peripheral device, allowing you to connect your Flipper to 3rd-party devices and a smartphone simultaneously.

Our mobile developers are designing official iOS and Android apps to let you unleash Flipper’s potential with a larger screen and greater control.

The infrared transmitter can transmit signals to control electronics such as TVs, air conditioners, stereo systems and more. 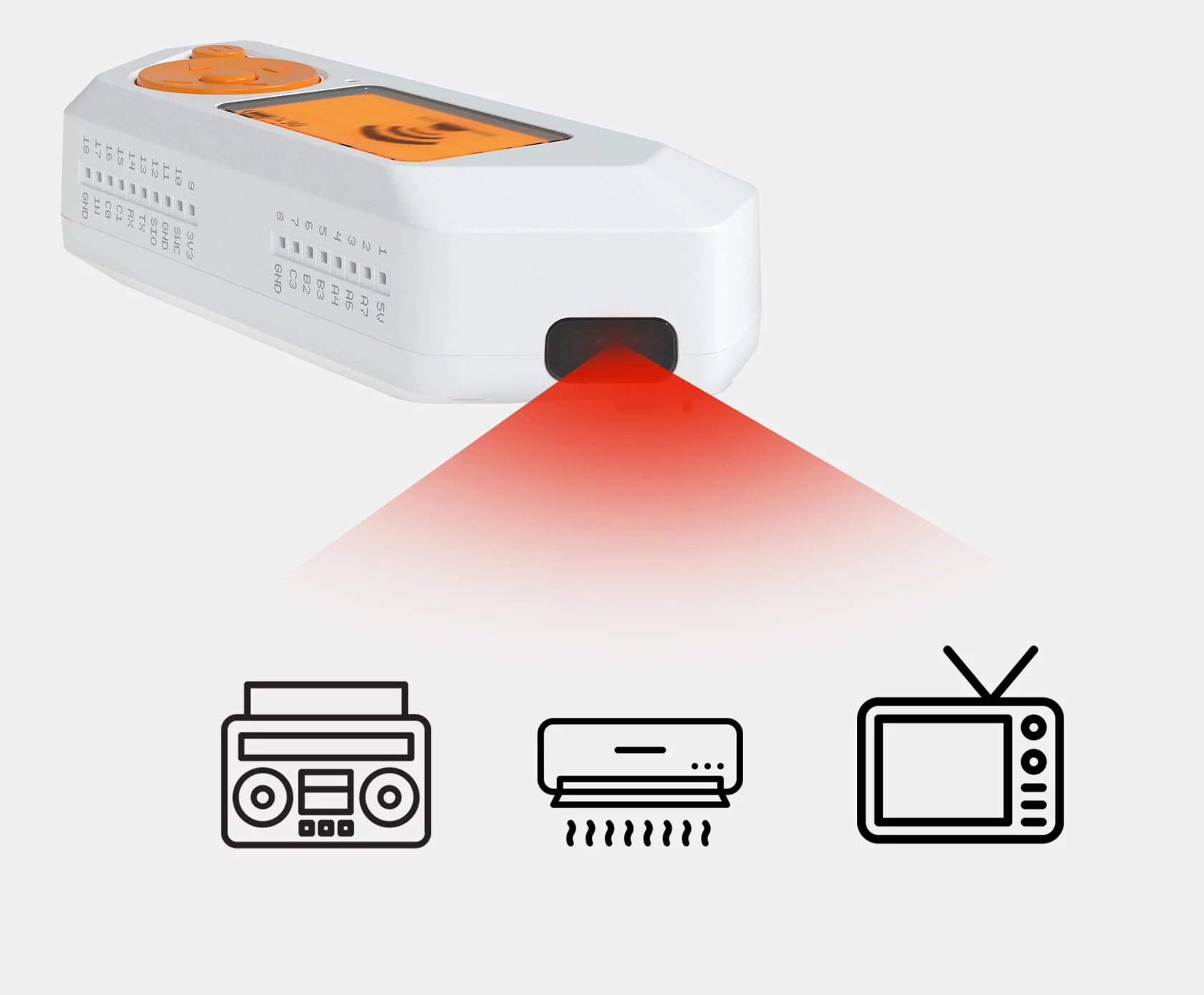 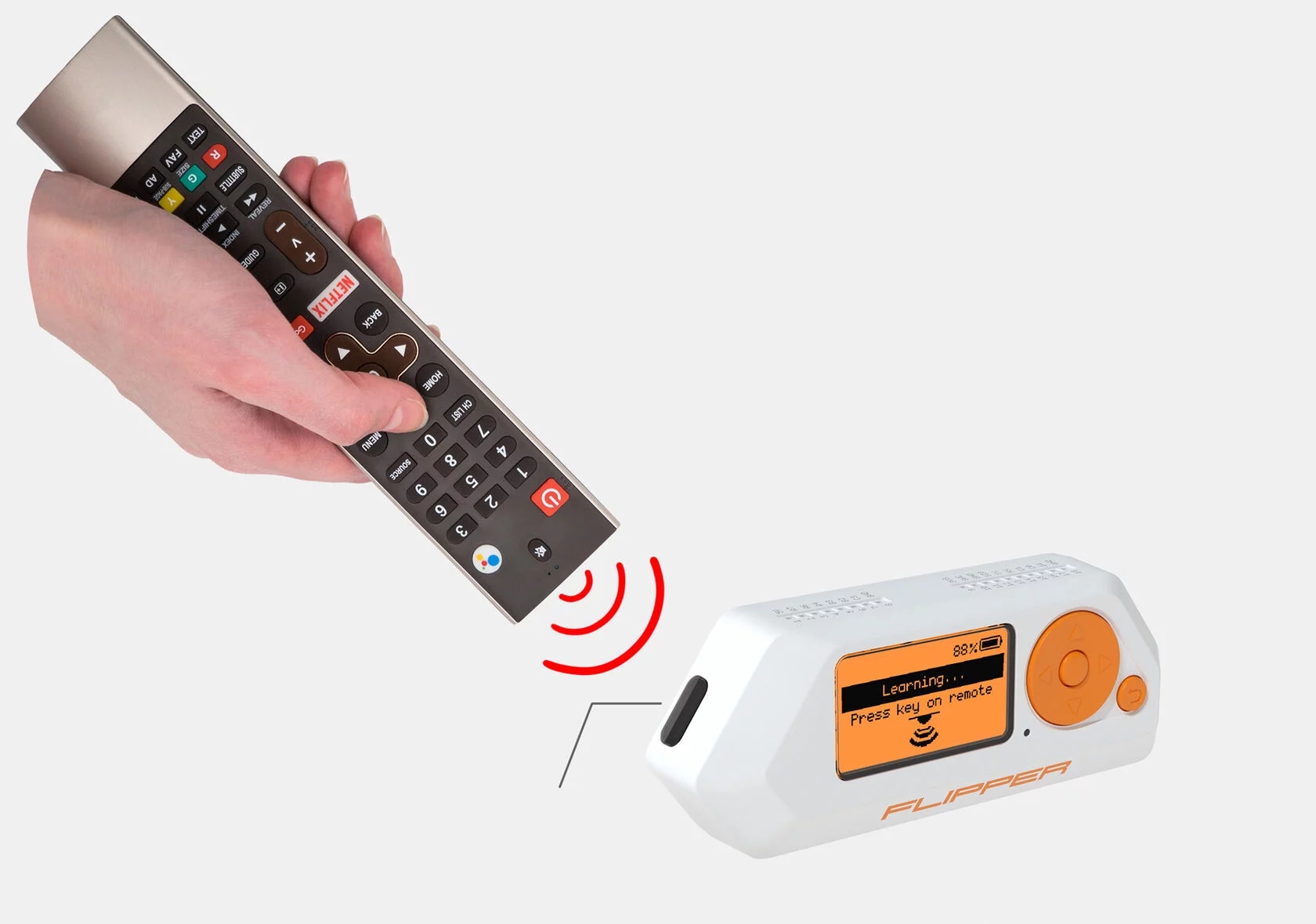 Flipper Zero also has an IR receiver that can receive signals and save them to the library, so you can store any of your existing remotes to transmit commands later, and upload to the public IR Remote database to share with other Flipper users. 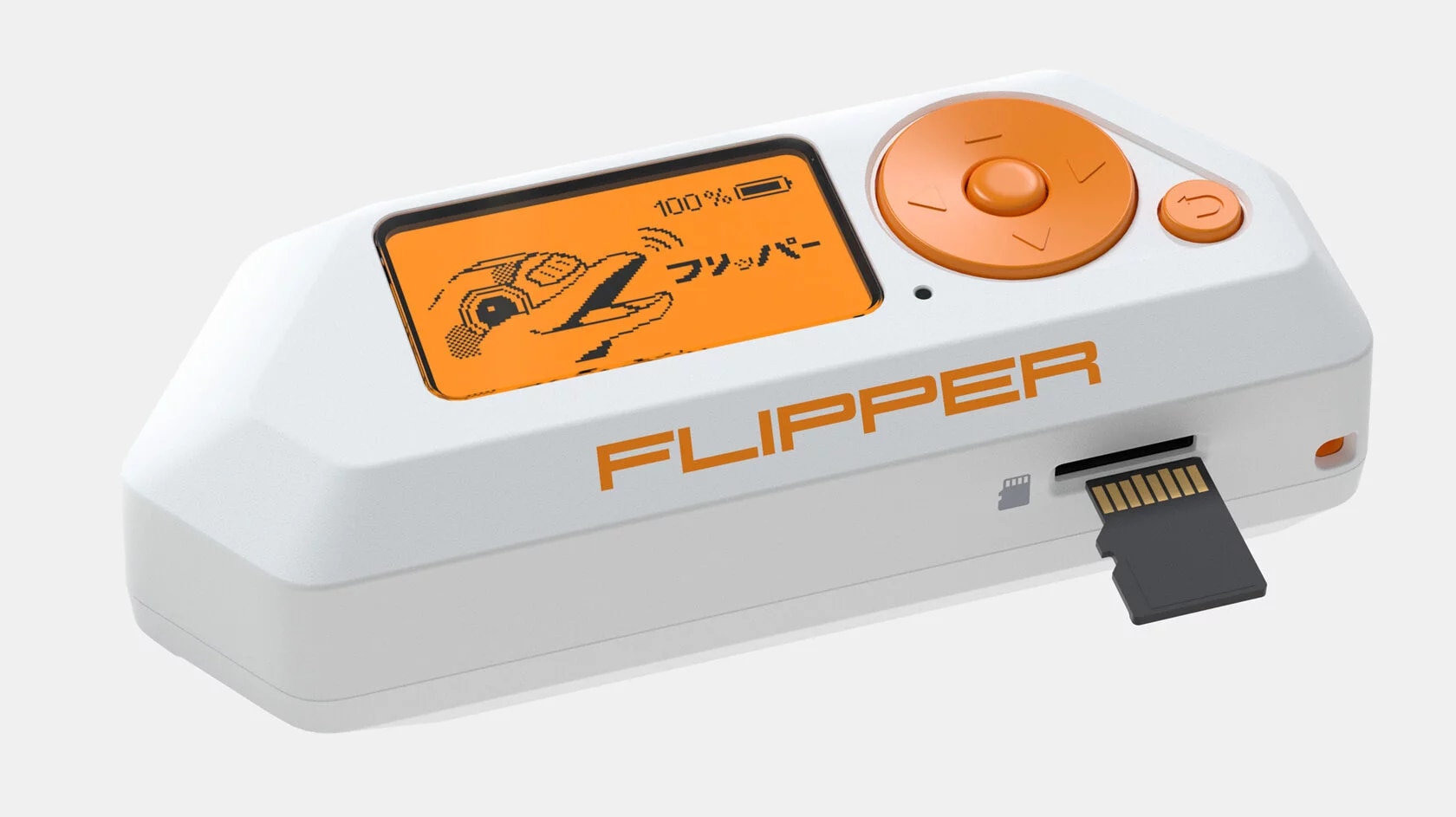 There is lots of heavy data Flipper has to store: remotes codes, signal databases, dictionaries, image assets, logs and more. All this data can be stored on an SD card, as well as user plugins.

The SD slot will have a push-push type connector, so the card will be reliably secured inside and won’t stick out.
Flipper Zero will support any FAT32 formatted microSD card to store your assets so you’ll never have to worry the memory will run out. The card is not required for Flipper Zero to operate and is not included.

External storage for apps and data 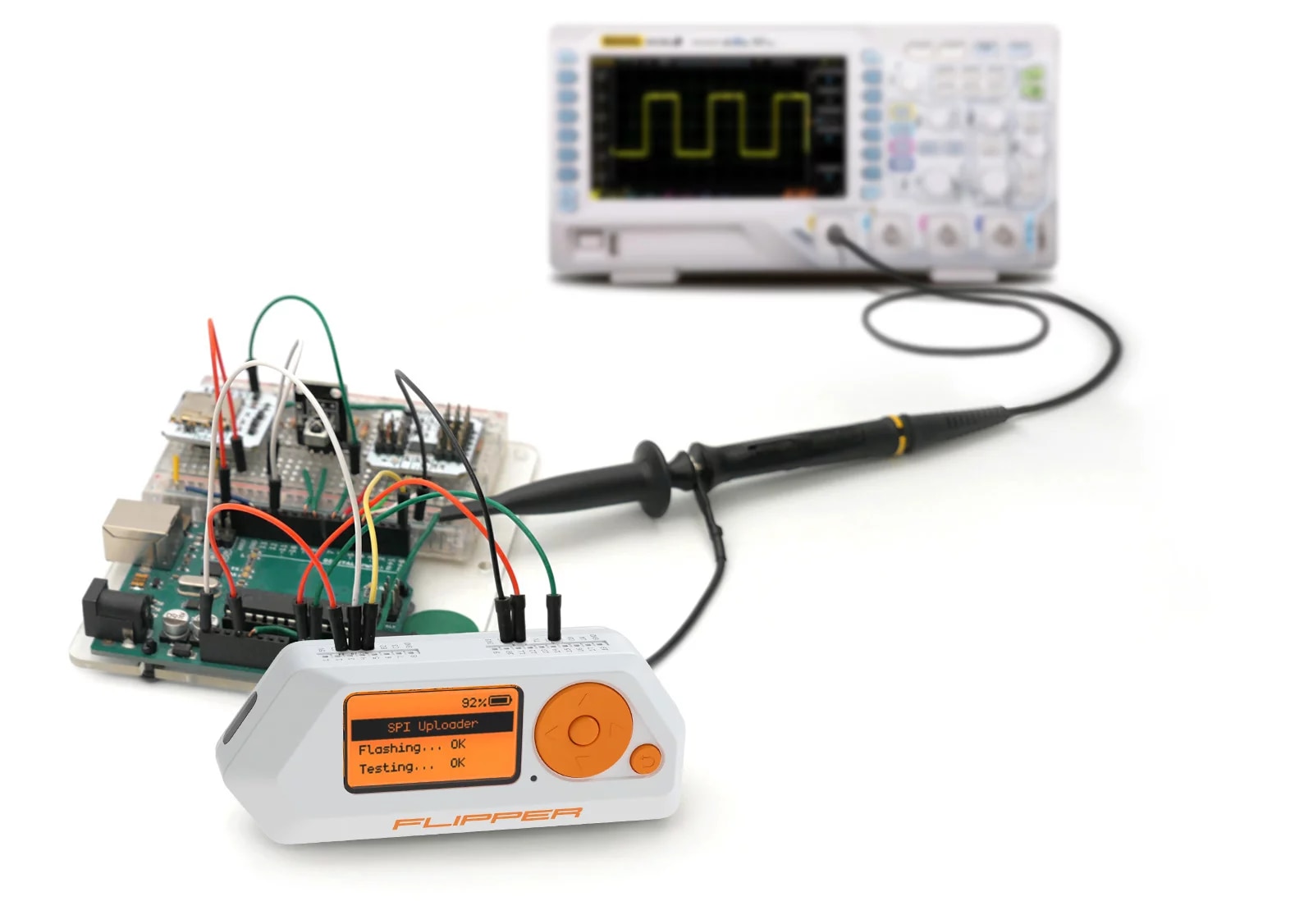 Flipper Zero is a versatile tool for hardware exploration, firmware flashing, debugging, and fuzzing. It can be connected to any piece of hardware using GPIO to control it with buttons, run your own code and print debug messages to the LCD display. It can also be used as a regular USB to UART/SPI/I2C/etc adapter.

Communicate with any hardware from your desktop application.

Flash any kind of SPI memory, such as EEPROM.

Test any protocols and signals.

Flipper Zero has a built-in 1-Wire connector to read iButton (aka DS1990A, Touch Memory or Dallas key) contact keys. This old technology is still widely used around the world. It uses the 1-Wire protocol that doesn’t have any authentication. Flipper can easily read these keys, store IDs to the memory, write IDs to blank keys and emulate the key itself.

Flipper Zero has a unique contact pad design on the corner — its shape works as a reader and a probe to connect to iButton sockets at the same time. This mode is also handy for silently intercepting the 1-Wire data line. 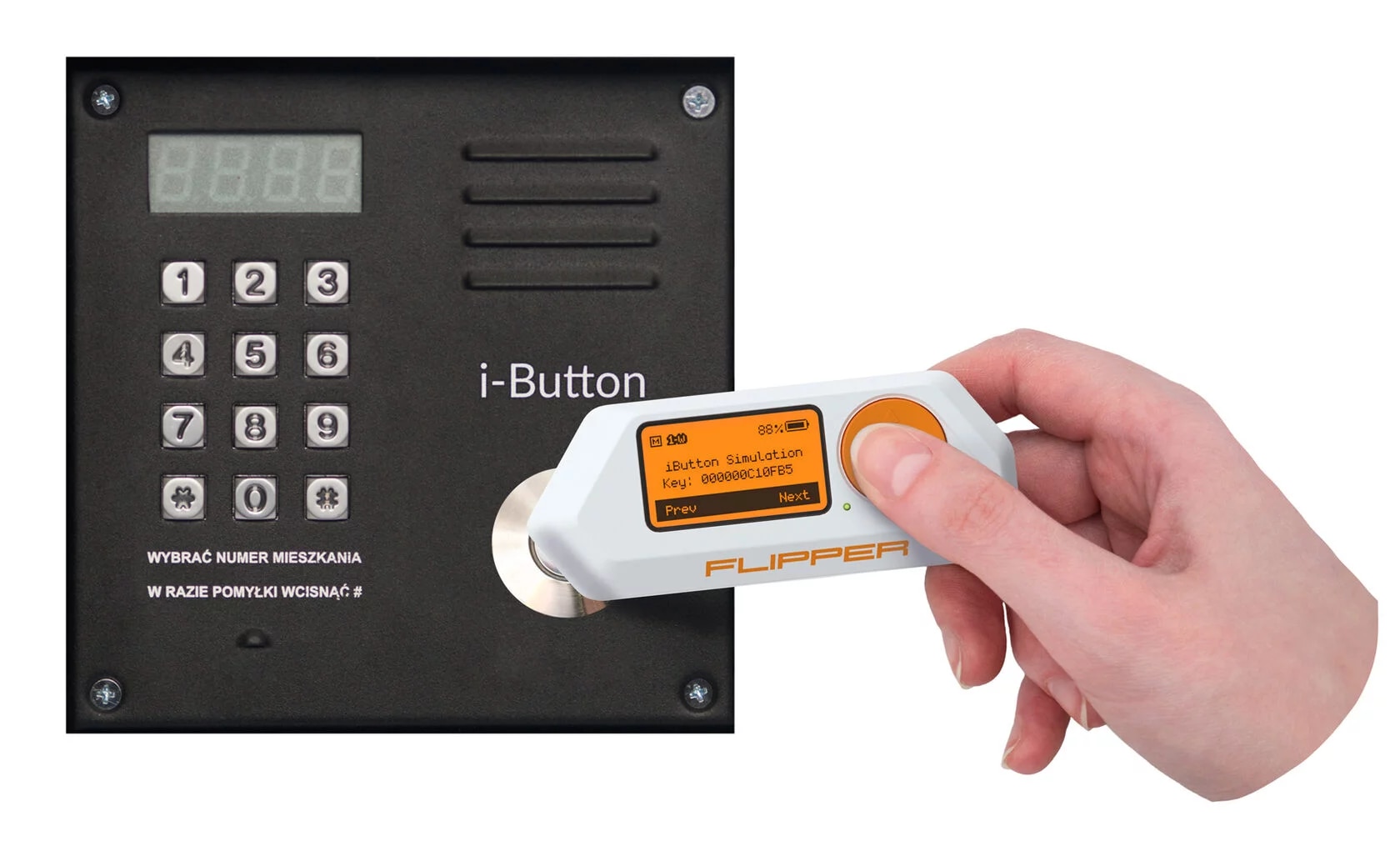 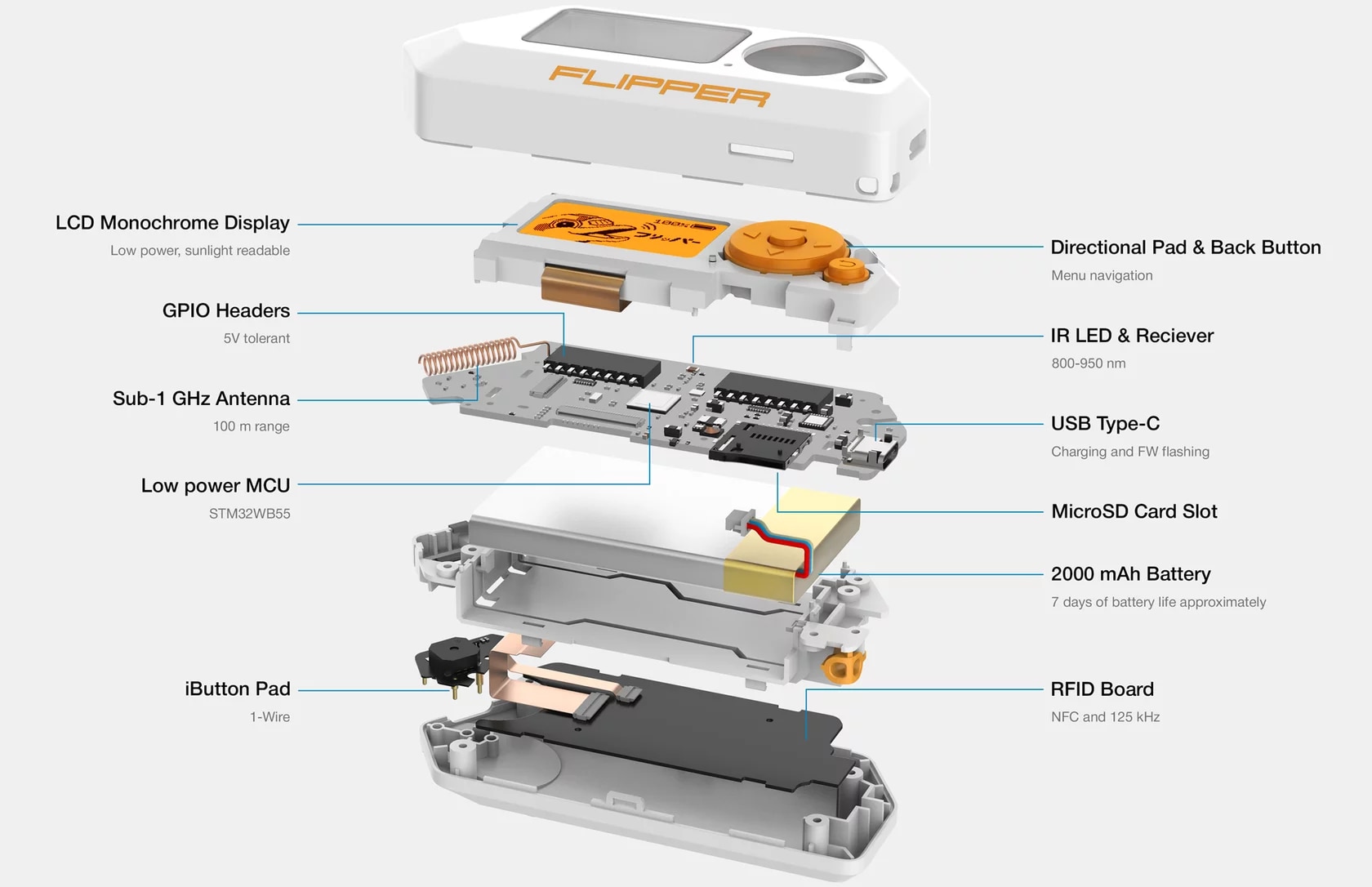 There are no reviews yet.

We use cookies on our website to give you the most relevant experience by remembering your preferences and repeat visits. By clicking “Accept All”, you consent to the use of ALL the cookies. However, you may visit "Cookie Settings" to provide a controlled consent. CyberDyne Systems Corporation
Cookie SettingsAccept All
Manage consent

This website uses cookies to improve your experience while you navigate through the website. Out of these, the cookies that are categorized as necessary are stored on your browser as they are essential for the working of basic functionalities of the website. We also use third-party cookies that help us analyze and understand how you use this website. These cookies will be stored in your browser only with your consent. You also have the option to opt-out of these cookies. But opting out of some of these cookies may affect your browsing experience.
SAVE & ACCEPT